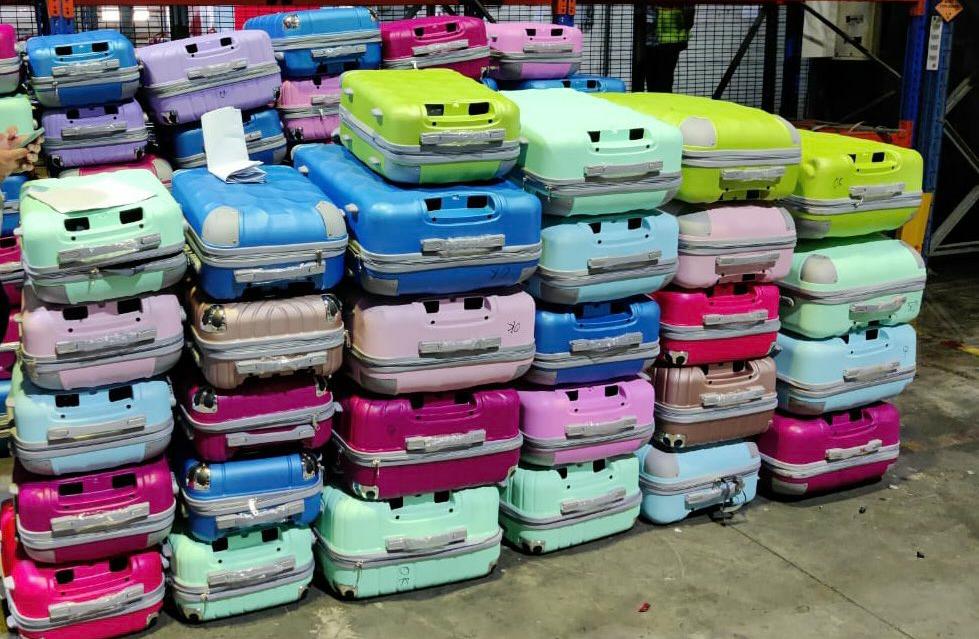 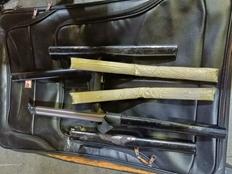 Continuing its crackdown on the trafficking in narcotic drugs, Directorate of Revenue Intelligence (DRI) has unearthed yet another novel modus operandi and affected seizure of 62 kg Heroin on 10.05.2022 after interdicting an air cargo consignment. This is one of the biggest seizures of Heroin till date through courier/ cargo/ air passenger modes in India.

In an operation code-named “BLACK & WHITE”, the DRI seized 55 kg of Heroin from an imported cargo consignment, which was declared to contain “Trolley Bags”. The offending cargo, originating from Entebbe in Uganda, had arrived at the Air Cargo Complex, Indira Gandhi International (IGI) Airport, New Delhi via Dubai. Swift follow up operations in two States, namely Punjab and Haryana, led to recovery of yet another 7 kg of Heroin and Rs. 50 Lakh in cash. The value of the 62 kg seized Heroin is estimated at Rs. 434 crore in the illicit market.

While the import consignment had 330 trolley bags, the seized Heroin was found to have been ingeniously concealed inside the hollow metal tubes of 126 trolley bags. The concealment was extremely difficult to detect

The DRI officers have apprehended the importer of the offending consignment. Other suspects are also being interrogated. Further investigations are underway.

The year 2021 witnessed substantial seizures of Heroin across the country by the DRI. More than 3,300 kg of Heroin was seized during 2021. Further, since January 2022, DRI has affected significant seizures of Heroin including 34 kg from a container at ICD Tughlaquabad, New Delhi, 205 kg from a container at Kandla port and 392 kg of yarn (sutli) laced with Heroin at Pipavav port. In the last three months, multiple cases have also been booked, leading to seizure of more than 60 kg Heroin from air passengers.