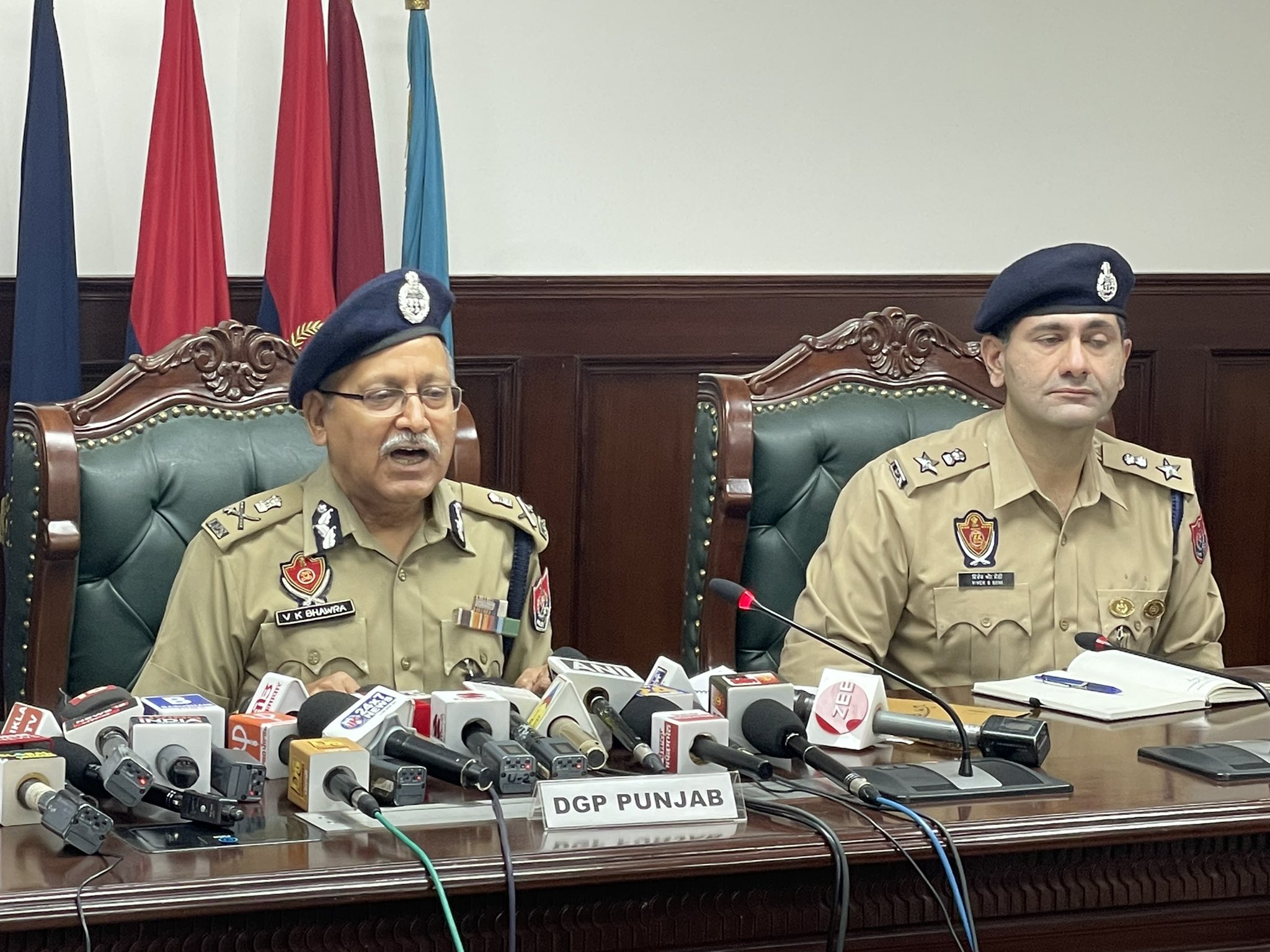 Lakhbir Singh Landa Landa’s main associates- Nishant Singh and Charad Singh are also from Tarn Taran district. Nishant had provided shelter to the two accused (involved in the incident), & he was arrested a few days ago by Faridkot Police: Punjab DGP on Mohali blast

Punjab Police on Friday managed to crack the Rocket Propelled Grenade (RPG) attack case with Canada-based gangster Lakhbir Singh alias Landa has been emerged out as the key handler, who provided RPG, AK-47 and local network of criminals for logistic support to carry out the terror attack at Punjab Police Intelligence Headquarters in Mohali on Monday evening. Landa (33), who is native of Tarn Taran and fled to Canada in 2017 is a close aide of Pakistan-based wanted gangster Harvinder Singh alias Rinda and had joined hands with Babbar Khalsa International (BKI).

Director General of Police (DGP) Punjab VK Bhawra, while addressing a Press Conference at Punjab Police Headquarters here, said that the Police have also arrested six persons for their involvement in planning and providing the local logistic support to the attackers for carrying out the attack.

The DGP, who was accompanied by ADGP Internal Security RN Dhoke and SSP Mohali Vivek Sheel Soni said that Landa took the help of Nishan and his other accomplice identified as Charat Singh of Khemkaran for carrying out RPG attack at the Intelligence HQs and being a local resident, Jagdeep helped Charat in conducting reccee of the Intelligence Office on Monday morning. On Monday evening, Charat and his two aides, who are yet to be identified, had carried out an RPG attack at the Intelligence HQs at about 7.42pm, he said.

DGP Bhawra said that initially Charat had provided hideouts to two attackers and later, he handed over them to Nishan, who had arranged their stay for their stay at residence of Kanwarjit Bath and Baljit Kaur in Amritsar from April 27, 2022 to May 7, 2022. Nishan had also retrieved RPG from the earmarked location on Kulla-Patti road on the directions of Landa, he added.

He said that Baljinder Rambo, who was arrested in NDPS cases and is a drug addict, had delivered the consignment of AK-47 to Charat and his two aides on the directions of Nishan. Anant Deep is a brother-in-law of Nishan and used to assist in providing logistic support, he said.

The DGP said that the Punjab Police have been on manhunt to arrest Charat, who is serving life sentence in a murder case and is out on parole, and his two accomplices. “Soon trio attackers will be arrested,” he said.

He informed that the Police have also brought Mohd. Nasim Alam and Mohd. Sharaf Raj, both residents of district Auraiya in Bihar for questioning from Noida as they were found to be in touch with two unknown attackers.

Meanwhile, the FIR No. 236 dated 09.05.2022 had already been registered under section 307 of the Indian Penal Code (IPC) and relevant sections of the Unlawful Activities (Prevention) Act and Explosive Substance Act at Police Station Sohana in SAS Nagar.