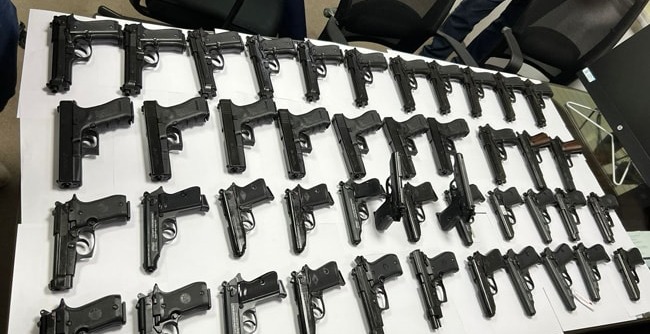 An investigation is underway to determine if the guns are real or not. The counter-terrorism unit National Security Guard (NSG) that is investigating the case report that the guns look ‘completely real’.

The two arrested have been identified as Jagjit Singh and Jaswinder Kaur who happen to be husband and wife.

The couple had returned to India from Vietnam on July 10. Jagjit Singh was caught with the pistols in two trolley bags, given to him by his brother Manjit Singh.

Manjit Singh reportedly gave the bags to Jagjit Singh in Vietnam after landing in the country from Paris, France.

Both the accused have admitted that they had previously brought 25 pistols to India from Turkey.

Further investigation into the incident is underway.