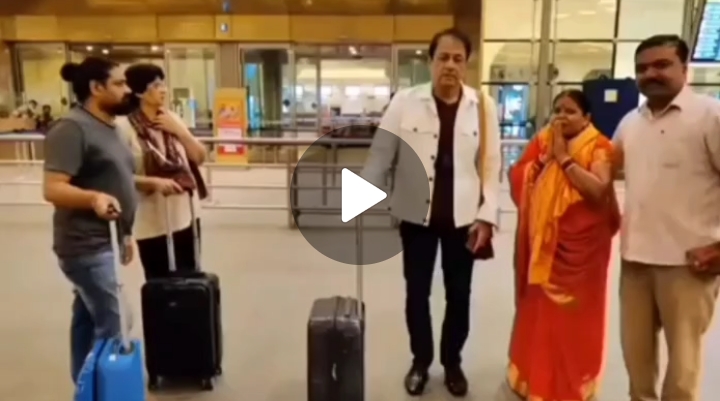 A video of a woman touching actor Arun Govil’s feet at an airport has gone viral on social media. Govil played the role of Lord Ram in Ramanand Sagar’s Ramayan in the 90s. The clip shows the woman touching Govil’s feet who looks uncomfortable in the situation.