Swing Breaks Down At Ramleela Fair In Ghaziabad, 4 Injured 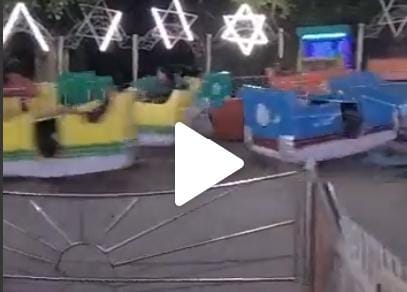 As people have are all up about enjoying the festivities in Delhi-NCR, an unfortunate incident took place at the Ramleela fair that is being held in Ghaziabad’s Ghantaghar. According to reports, so far at least four people got injured after a swing broke down at the fair on Friday. In a video that surfaced the internet, it can bee seen that the accident occurred as one of the hammocks broke and overturned as the swing in momentum. Three children and a women from the the same family were injured and immediately rushed to the hospital