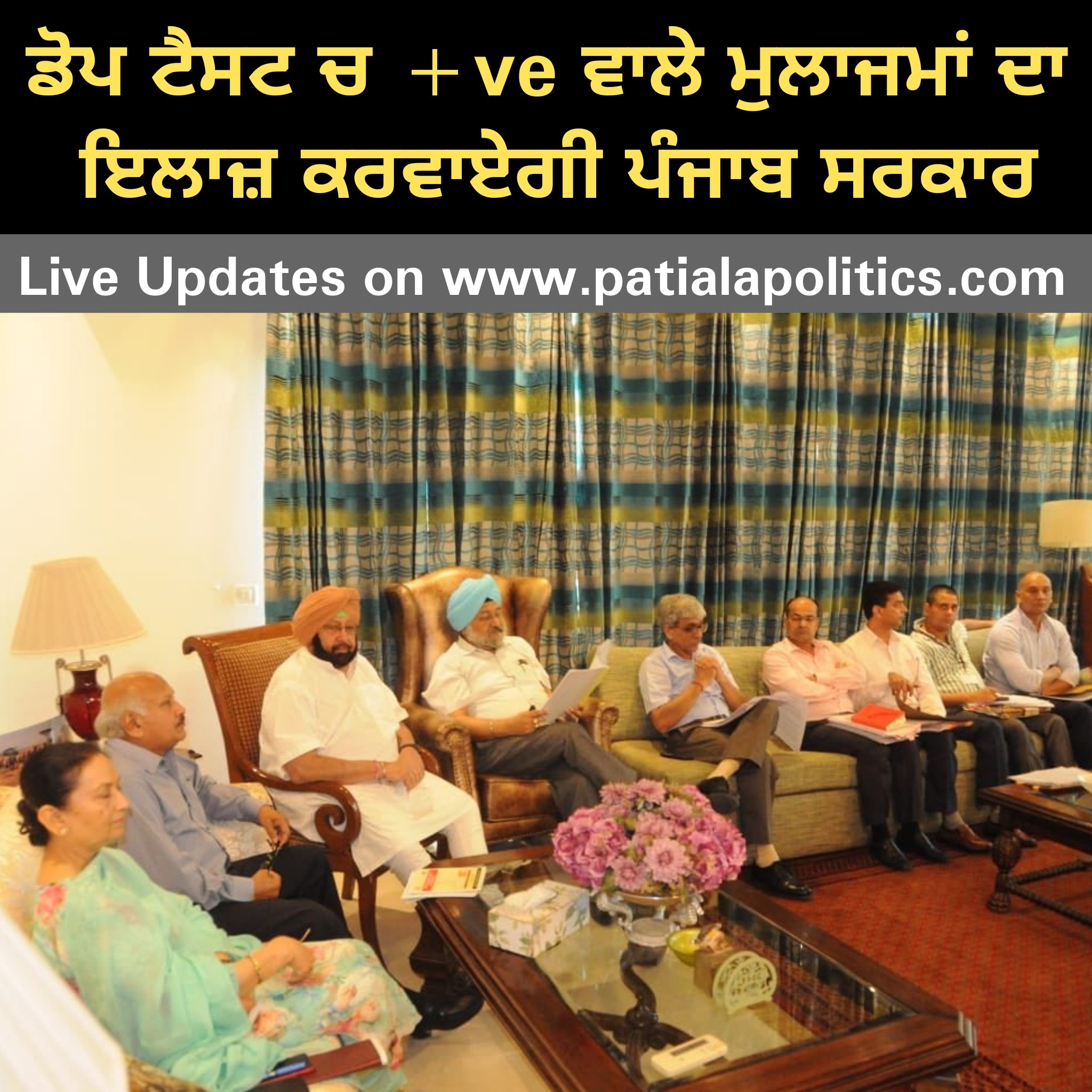 Chandigarh, July 9, 2018 :
Punjab Chief Minister Captain Amarinder Singh on Monday made it clear that government employees who are found positive in the dope test would not be punished or sacked but would be provided treatment, with their identity also being kept confidential.

Chairing a review meeting of the Cabinet Sub-Committee set up to monitor the progress of the government’s anti-drug campaign, the Chief Minister directed the Chief Secretary to formulate guidelines and SOPs for conduct dope test for employees, including police personnel.

Captain Amarinder ordered various steps to further augment the government’s efforts to ensure strict enforcement of the drug laws, as well as better systems for prevention, deaddiction and rehabilitation. The government will pursue its Enforcement-De-Addiction-Prevention (EDP) strategy with vigour in order to eliminate the menace of drugs from the state, he said.

Besides making SHOs accountable for cleaning up villages in their respective areas of the drug menace in a time-bound manners, the Chief Minister also ordered expediting of pending drug-related cases. It shall be the responsibility of the SDMs and DSPs, along with the SHOs concerned, to ensure that their respective areas are totally drug free, said the Chief Minister.

In another major decision, the Chief Minister said the government will pay for the treatment of drug addicts who cannot afford to pay for the same at government hospitals.

The Chief Minister also ordered Increase in OTTs and enhancement of capacity at the de-addiction centres to effectively address the needs of the drug addicts coming in for rehabilitation. Private clinics should be roped in to boost the strength of the OTTs, he told the Health Department.

Underlining the needs for the cabinet ministers to lead from the front to mobilise a people’s campaign against drugs, the Chief Minister asked them to visit various districts and hold meetings with the concerned officers, NGOs and the civil society to open a political and civil discourse on the issue.

A people’s movement was the need of the hour to make Punjab drug-free, asserted the Chief Minister, urging the concerned departments to take the anti-drug campaign to the people across the state.