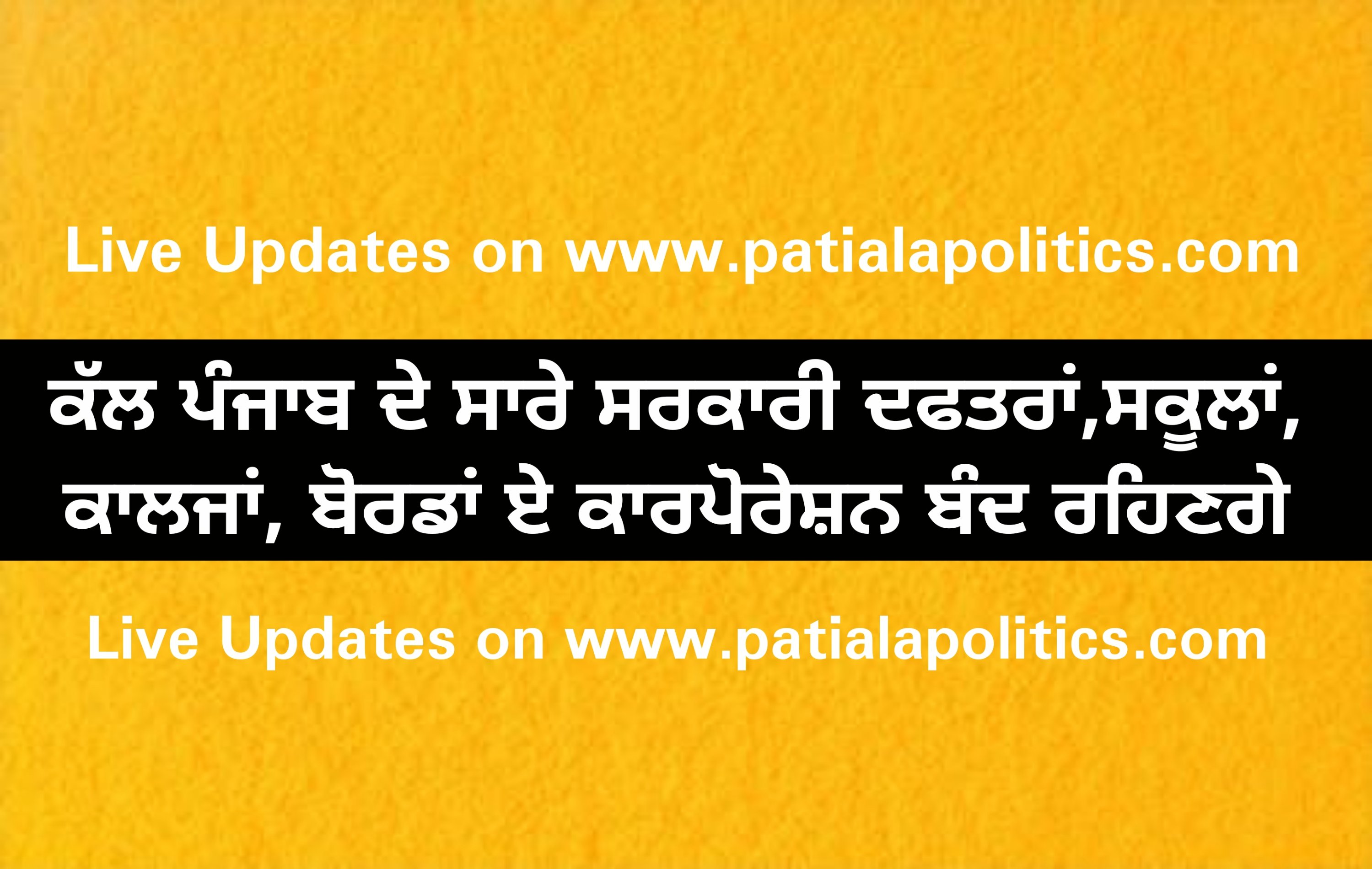 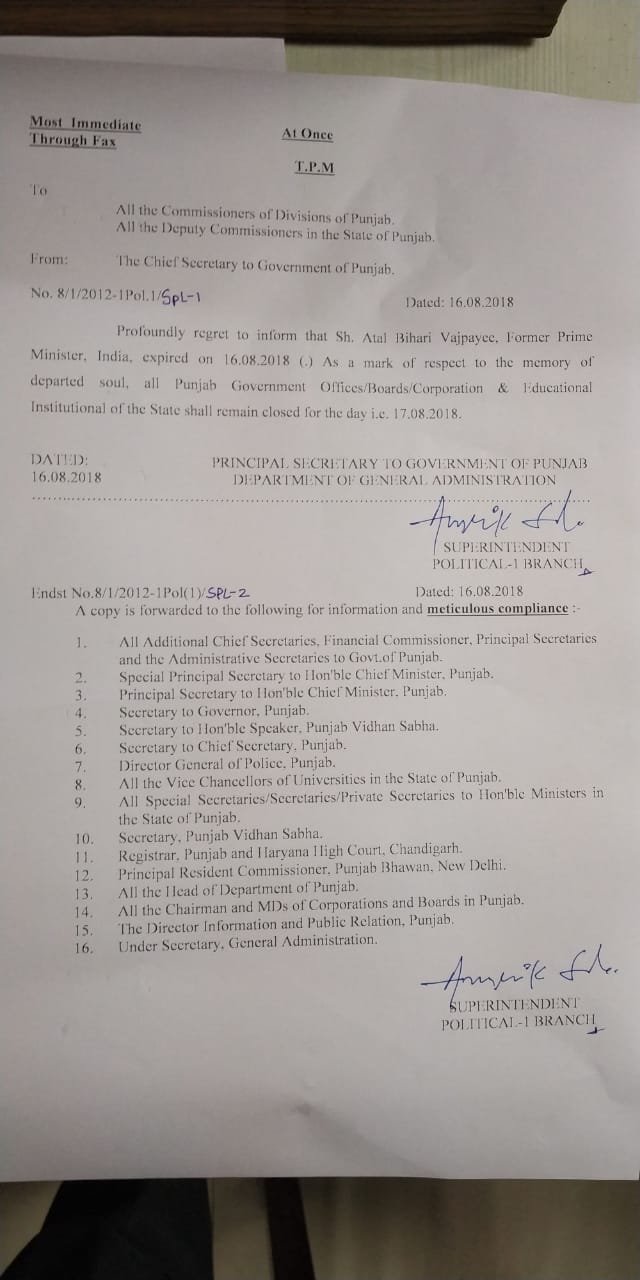 Chandigarh, August 16
Punjab Chief Minister Captain Amarinder Singh on Thursday mourned the demise of the former Prime Minister Atal Bihari Vajpayee, describing him as a towering personality who would always remain a beacon to inspire the young politicians to tread the path of value-based politics.

As a mark of respect, the Punjab Government has declared that all its offices, boards, corporations and other public sector undertakings besides educational institutions would remain close on Friday. The Government has also declared three-day mourning in memory of Atal ji.

In his condolence message, the Chief Minister said that Atal ji was a multifaceted personality and a fine human being with the qualities of the head and heart.

Capt Amarinder Singh termed him as a “true statesman, a great scholar, an eminent poet besides a heartthrob of millions of countrymen.”

Vajpayee’s stint as Prime Minister would be remembered by one and all for his path-breaking initiatives viz Pradhanmantri Gramin Sadak Yojana, Sarv Siksha Abhiyan, Telecom Revolution and introduction of Fiscal Responsibility Act, which transformed the destiny of India.

Recalling his personal ties with Vajpayee, the Chief Minister said, “As Prime Minister. Atal ji had extremely cordial and warm relations with all the Chief Ministers irrespective of their party affiliations and treated them equally without any prejudice of regionalism.”

He has left an indelible imprint in the Indian polity and global arena, strengthening the bonds of peace, communal harmony and national integration.