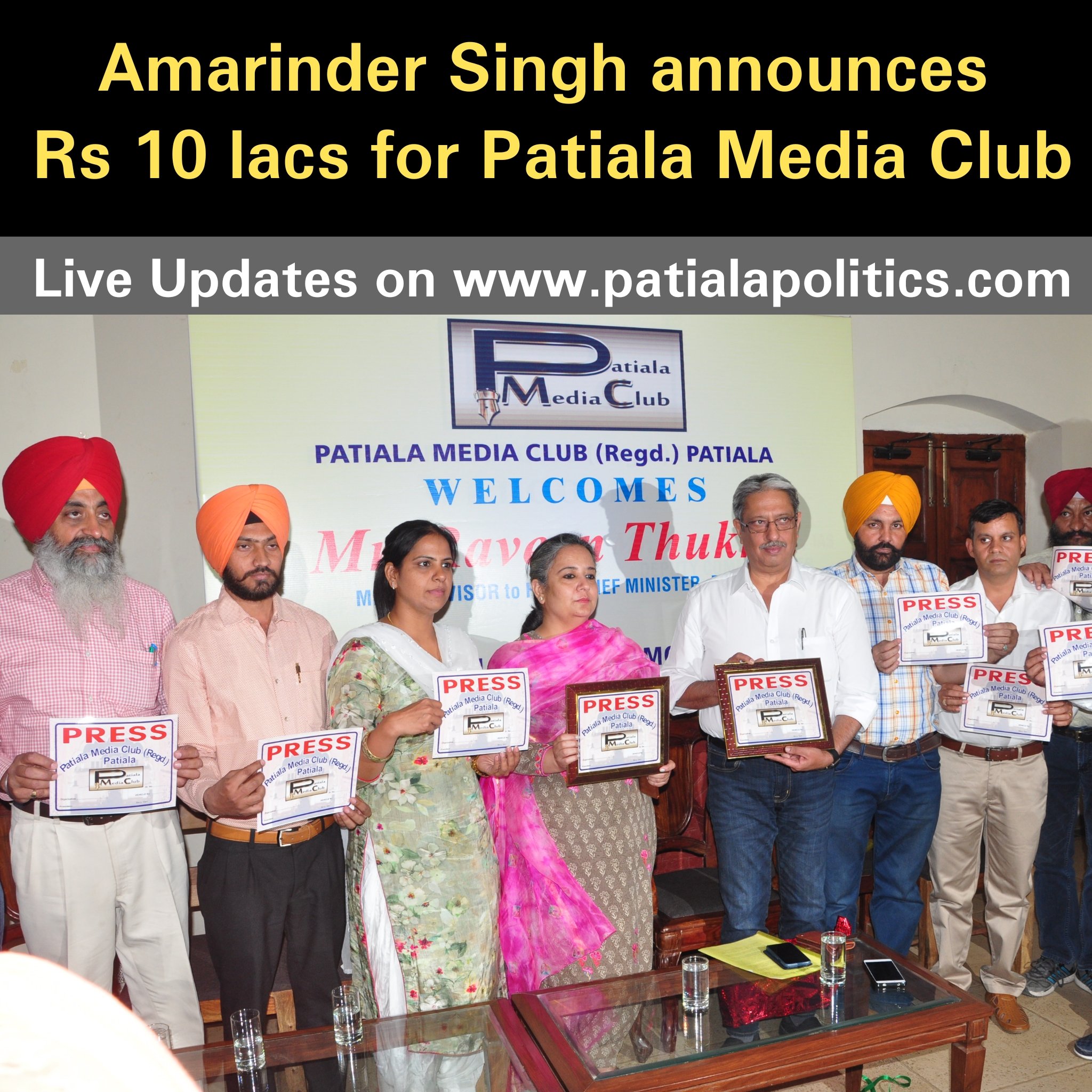 Chief Minister Captain Amarinder Singh’s media advisor Mr. Raveen Thukral today said that the Punjab government was committed to welfare of journalists. Soon after taking over the affairs of state, the cabinet of Captain Amarinder Singh passed resolution exempting journalists from paying toll tax on the roads of state. Mr. Raveen Thukral had reached Patiala to be a part of installation ceremony of governing council ofPatiala Media Club (PMC).

He shared the congratulatory message of Chief Minister Captain Amarinder Singh with the Patiala Press Club on formation of its new council and announced giving Rs 10 lacs grant to the Club. He added that the state government has worked a lot towards welfare of journalists and CM Captain Amarinder Singh has more elaborate plans for the same.

Responding to memorandum given by the Patiala Media Club (PMC) the media advisor stated that government was working on new policy and soon journalist’s demands will be accepted and implemented. He also asserted them of health insurance for journalists.

Mr. Thukral also released sticker of the Patiala Media Club. Patiala Media Club also honored Mr. Thukral. Earlier welcoming the media advisor, the newly elected president Mrs. Gagan Teja said she was proud to be the first ever woman president of a Patiala Media Club and wanted to work for betterment of media persons. She said that contrary to popular belief that women in media face challenges, she has been able to rise due to help from her media brethren.

Senior member Mr. Vishal Rambani said that Mr. Thukral has been one of the finest journalists, editor and a fine human being and now he is leading journalists in CM powercade in the best manner.

ADC (G) Mrs. Poonamdeep Kaur said that work on development of Patiala was going on at a fast pace and hoped that the media will give a positive coverage to these aspects. DPRO Mr. Ishwinder Singh Grewal said that as per Punjab govt. policies all kinds of possible facilities were being extended to journalists. Vote of thanks presented senior member Mr. Aman Sood and stage was conducted by Mr. Parmeet Singh.