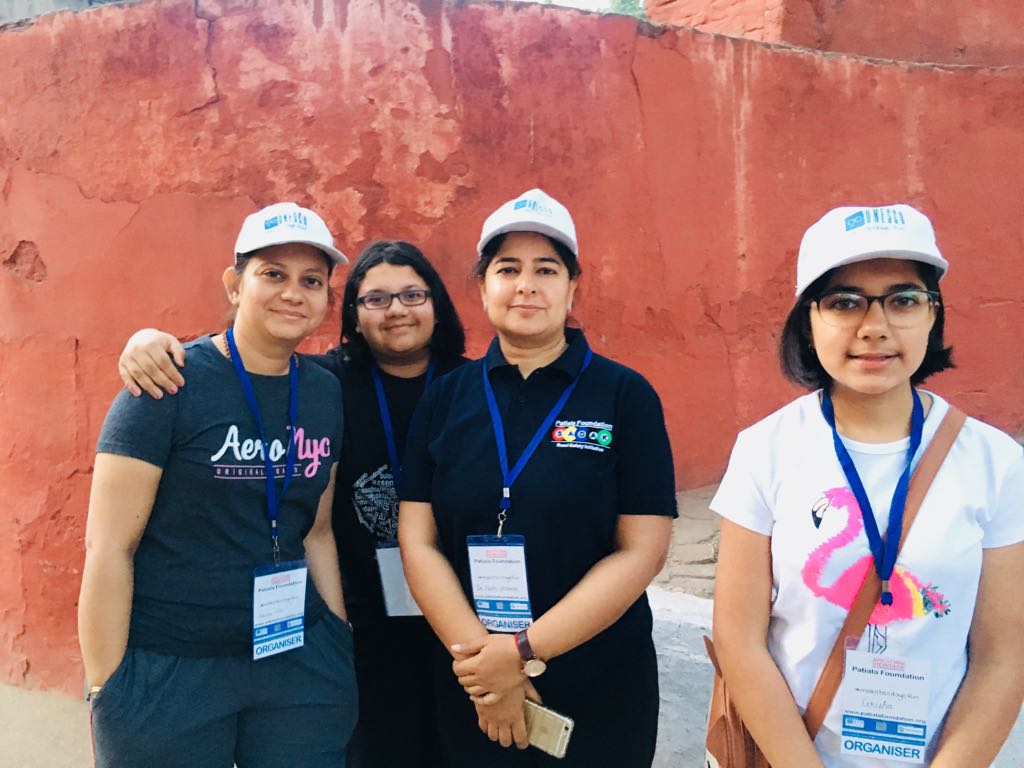 Taking forward it’s iHERITAGE project in association with GoUNESCO, Patiala Foundation conducted it’s second heritage event on 25th March 2018 at the BAHADURGARH FORTS,PATIALA.
The fort has long been converted into Commando Training Academy and therefore remains out of reach for the general public. It retains its exquisite heritage appeal with various sites like the Fort, Guard Posts,Mahal,Mosque,and Gurudwara Naunvi Patshahi ji.The Fort has a circumference of 2.1 kms and the architecture of the Fort is Unique in its kind with the Outer Wall being protected by a Moat which runs around the wall and is 25 Ft. deep.The Place was founded by Nawab Saif Khan in the year 1658 and later it was converted into a Fort by Maharaja Karam Singh in the year 1837 and took 8 years to build the same and was completed in 1845.The Fort was handed over the Commando division in 1992 and since then a Commando Training Academy is operational here.
The walk was attended by more than 200 participants from Patiala and surrounding areas who enjoyed every bit of the enriching experience. “ It was a journey through the old times” Said Mr.S.P.Chand a participant.
“ I was surprised about the fact that I know so little about history of my own birthplace” said another participant Dr Sarita Mittal
Mr Ravee S Ahluwalia, Chief Functionary of Patiala Foundation said he was humbled by the overwhelming response to the event. He expressed his gratitude for the Patiala Range IG Mr AS Rai IPS, Director Food and Civil Supplies and Director Public Relations,Punjab MS.Anindita Mitra IAS,Director YPS Patiala Maj.Gen.(Retd.)Sanjiv Varma,Commandant Mr.Gurpreet Singh PPS for their participation and support.
He said there is an ever increasing need for exploring our heritage to make people aware of its importance which would also ensure its conservation for the future generations