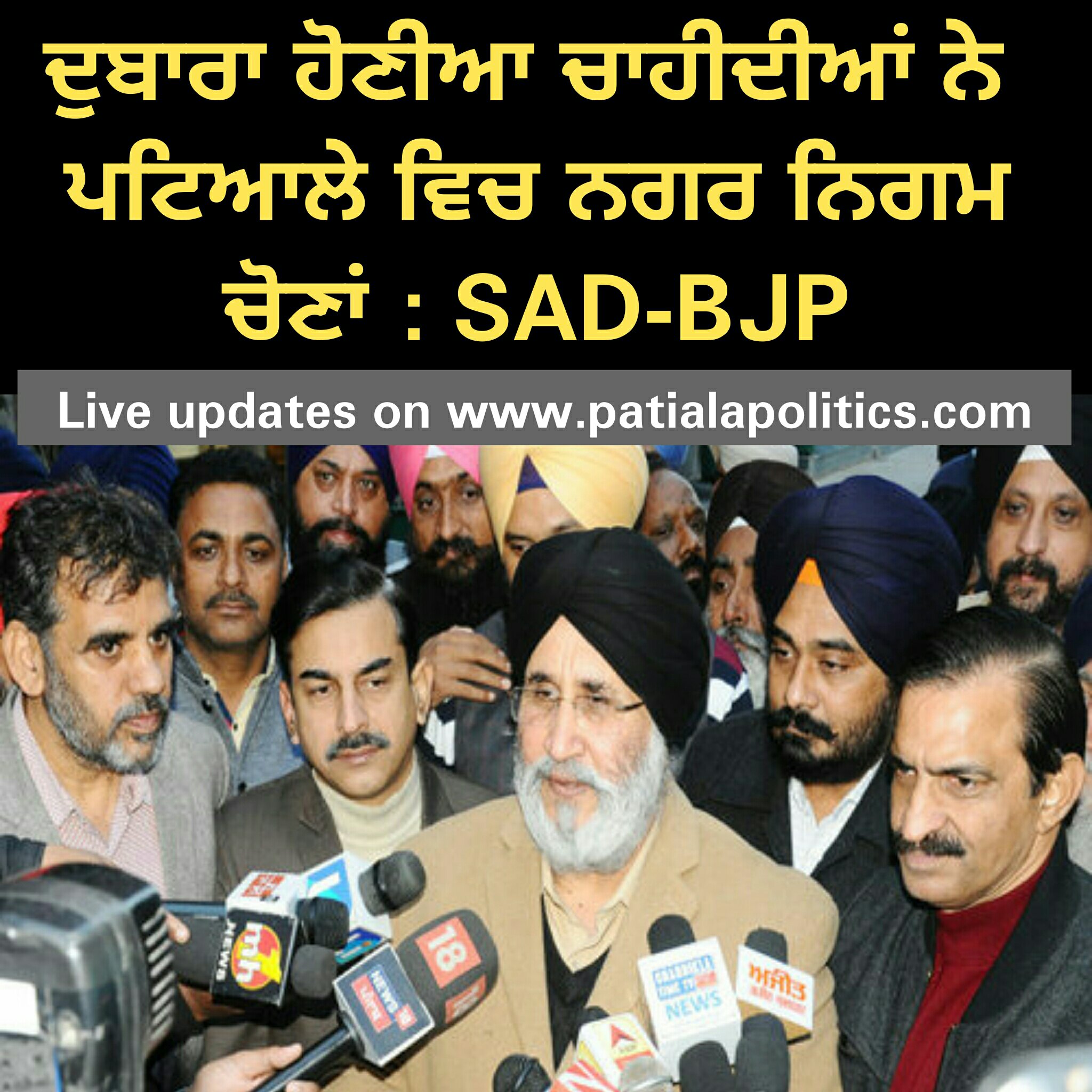 The Shiromani Akali Dal (SAD) – Bharatiya Janata Party (BJP) today demanded immediate countermanding of the Patiala Corporation elections citing gross poll code violations in all wards of the city even as it demanded a high level inquiry into violence and rigging done by Congressmen and registration of cases against civil and police officials who acting like Congress agents.

A SAD-BJP delegation submitted a memorandum to State Election Commissioner Jagpal Singh Sandhu in this regard and also sat in a dharna outside his office when he failed to take any action even after photographic and vidoegraphic evidence of blatant rigging and violence in Patiala, the home town of chief minister Capt Amarinder Singh, as well as other parts of the State was brought to his notice.

Former minister Dr Daljit Singh Cheema, who led the SAD-BJP delegation, said the Congress had murdered democracy in the State by using the police force to commit atrocities on Akali-BJP cadre and the State Election Commission (SEC) had encouraged them by refusing to take any action against Congress goons as well as officers who were hand in glove with them. Castigating the SEC for failing to perform its duty, the Akali-BJP delegation said it seemed the SEC was under government pressure. It said even Observers had teamed up with the Congress party and failed to report incidents of violence and booth rigging. “This has vitiated the entire election process”, the delegation members including BJP Secretary Vineet Joshi said adding the party would now take recourse of democratic protest as well as legal remedy.