ASSUMES CHARGE OF OFFICE AS 28TH CM OF STATE

Punjab Chief Minister Bhagwant Mann on Wednesday assumed the charge of his office in CMO at the Punjab Civil Secretariat this afternoon after taking oath at Khatkar Kalan, the ancestral village of Shaheed-e-Azam in the day earlier.

Punjab’s 28th Chief Minister entered the secretariat premises in the atmosphere of festivity prevailed at the Secretariat with rousing welcome by the employees standing around and in balconies. The Chief Minister took guard of honour from the 82nd Battalion of the Punjab Police at the Civil Secretariat.

Soon after taking the charge of his office, Bhagwant Mann in a short but clear message to the officers and employees present on the occasion said that the people of the state have given a historic mandate and his government would work for pro-people policies. The Chief Minister also assured the officers and employees would work in tandem for the betterment of the lives of the people 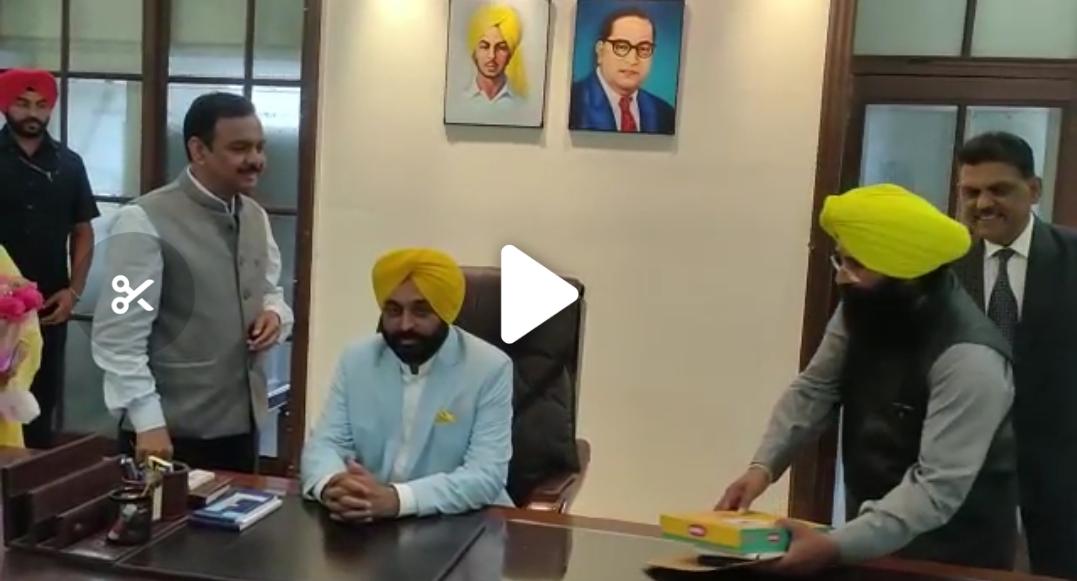