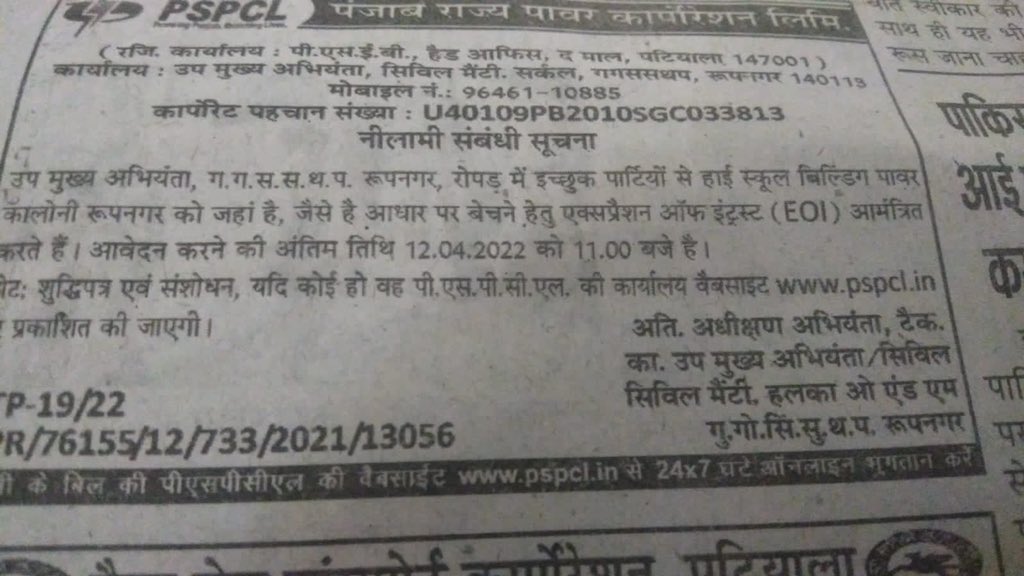 Senior Akali leader and former Punjab Education Minister Daljit Singh Cheema has targeted the Punjab government in a tweet. In fact, he shared an advertisement in a newspaper for the sale of a school building in Ropar, as well as photos of the school, saying that Delhi’s education model had begun in Punjab as well. He also appealed to Arvind Kejriwal and Bhagwant Mann to stop the auction and order the resumption of schools.