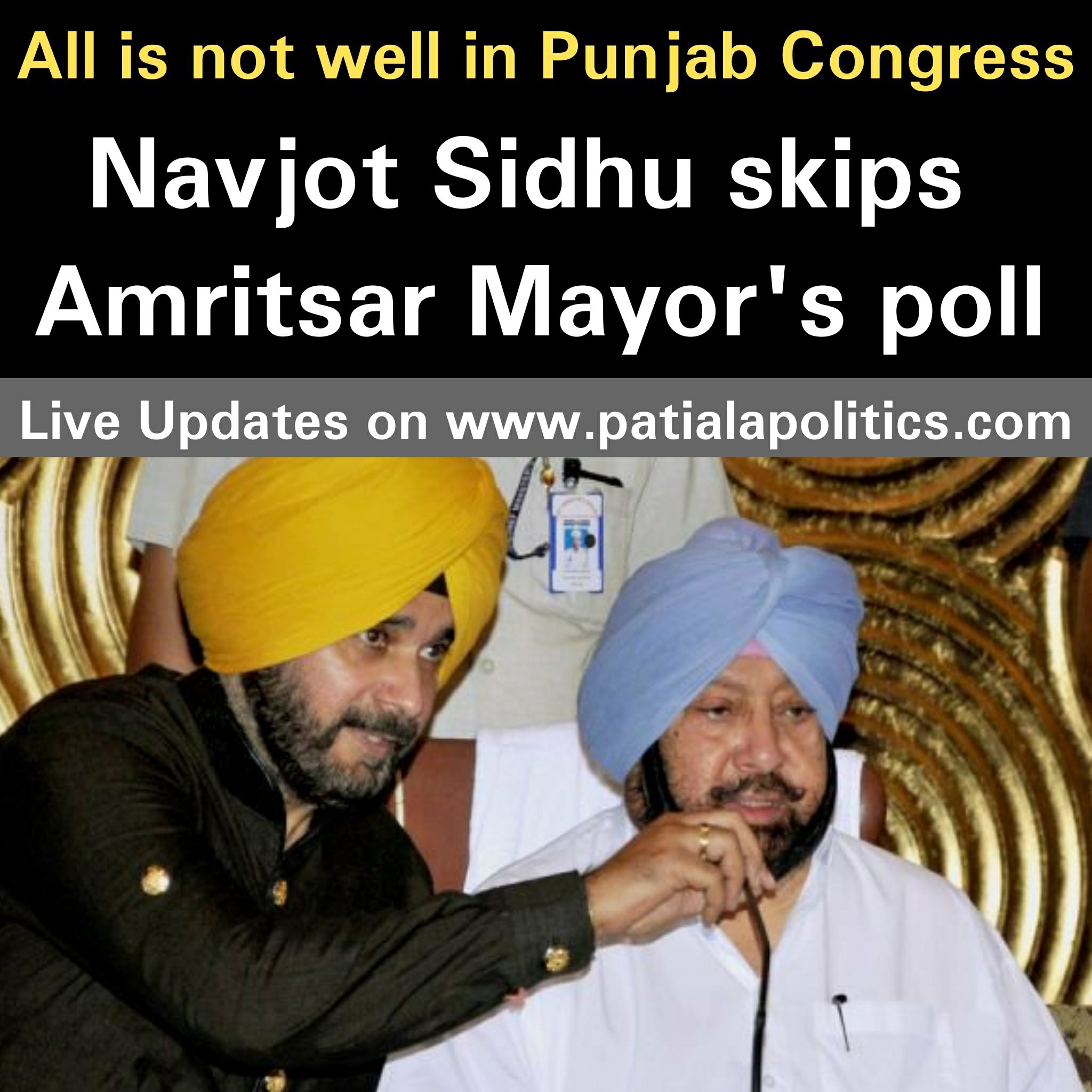 Annoyed at being ignored by the Congress leadership in the selection of Mayoral candidates in Amritsar, Punjab Cabinet Minister Navjot Singh Sidhu on Tuesday stayed away from the election of the Amritsar Mayor.

Sidhu, the Minister for Local Government under which the municipal corporations (and Mayors) come, had made his displeasure known regarding the mayoral elections in Amritsar on Monday by saying that “he did not go anywhere uninvited”.

Sidhu is said to have been upset at being ignored by Chief Minister Amarinder Singh and state Congress chief Sunil Kumar Jakhar as the party shortlisted candidates for the posts of Mayor, senior Deputy Mayor and Deputy Mayor of Amritsar.

The development has brought out the fissures within the ruling Congress in Punjab.