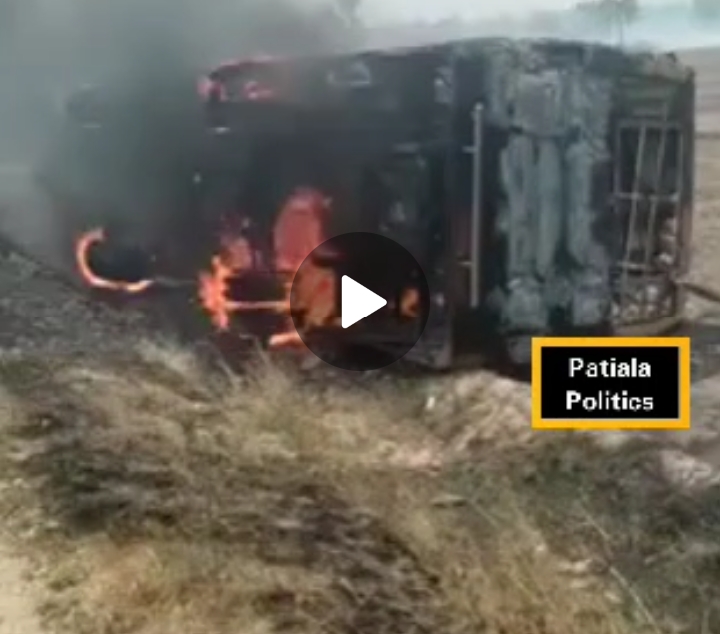 Two students received burn injuries after their school bus caught fire after overturning into a field where stubble was burning near Bijliwal village in Batala on Wednesday.

As per reports, some unknown farmers had set fire in a farmland for burning the wheat stubble. However, the school bus which was crossing through the road next to the farmland somehow caught fire and in no time, flames engulfed the entire vehicle reducing it to ashes.

Vidhan Sabha Speaker Kultar Singh described the incident of fire in a private school bus at Batala due to straw burning as unfortunate. The Speaker said that he was perturbed over the incident.