Lyricist Jaani Leaves Punjab After He Gets Death Threat 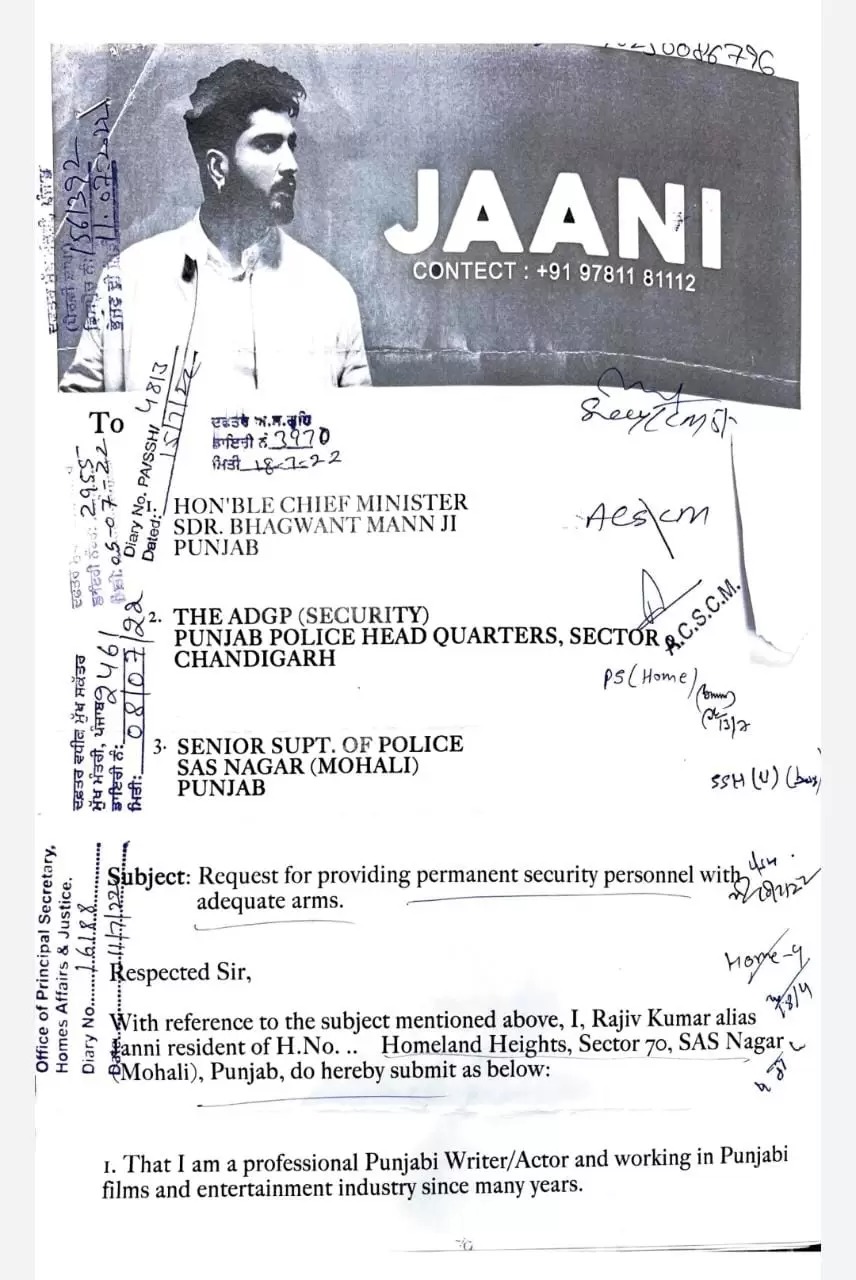 In a shocking development, the Punjabi singer-lyricist Jaani received a death threat after which he wrote a letter to Punjab Chief Minister Bhagwant Mann seeking protection.

According to the information, Jaani’s family has left the country and now the singer has written a letter to Punjab CM Bhagwant Mann seeking protection citing a death threat.

In this regard, Jani Chief Minister of Punjab Bhagwant Hon wrote a letter to, in which he said that he has been receiving threats for a long time.

Due to which he and his family are going through mental stress.