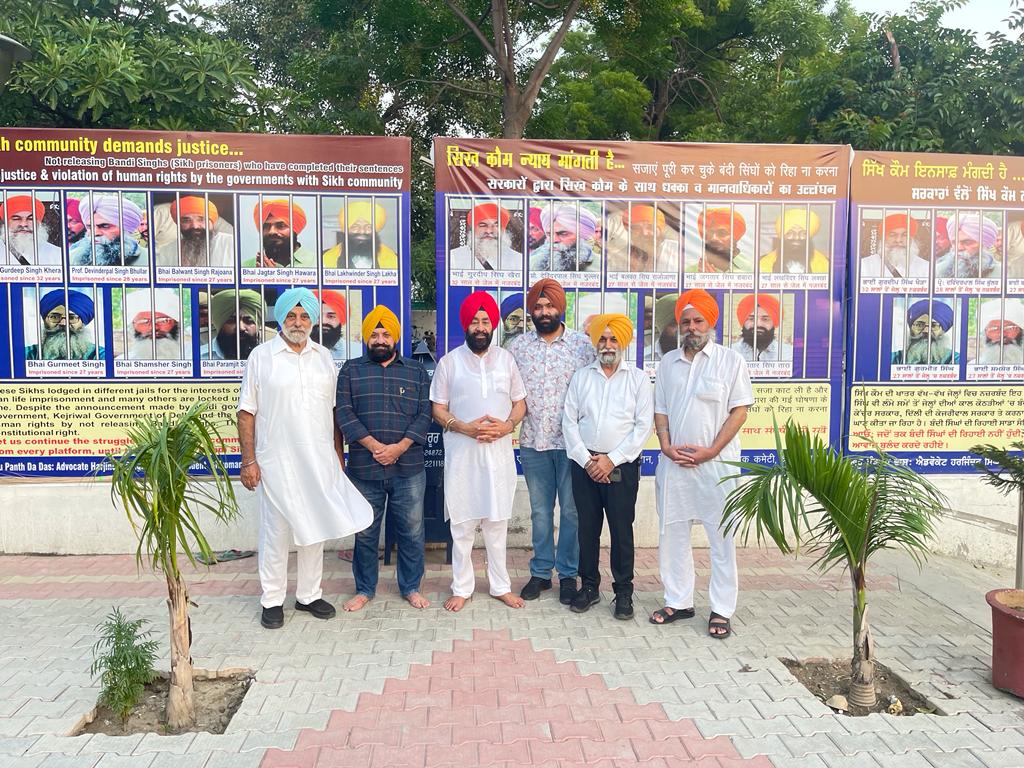 *Patiala, 7th August*
The Sikhs of Patiala city issued a statement here requesting the central government to release the imprisoned Singhs (Bandi Singhs) who have completed their sentences as soon as possible. In this regard, they have appealed to Prime Minister Narendra Modi Ji and Union Home Minister Amit Shah Ji to give due justice to Punjab in relation to the release of the captive Singhs and other issues of Punjab.

They said that when we look at the present time that our Sikhs who have been sitting in jails for 30-40 years, who have also completed their prescribed sentences. He said that it is astonishing that Sri Hargobind Sahib got released 52 Hindu kings with him, but today no government is ready to release the Sikhs of Guru Hargobind Sahib.

He said that the prisoners belonging to the Sikh community and other minorities who have completed their sentence and have been disciplined during their sentence should be released on priority.