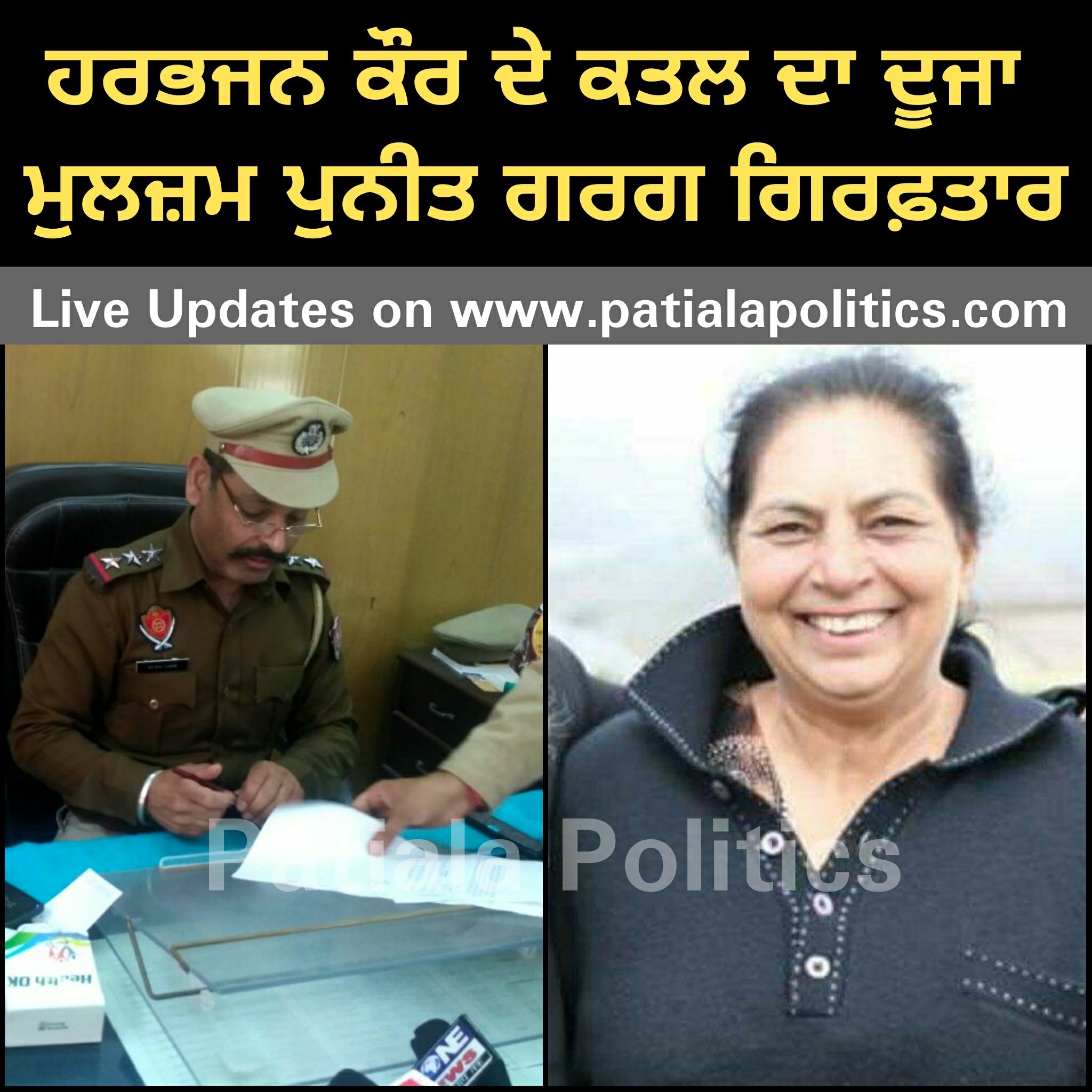 Patiala Tripri Police have arrested another accused, who was at large in a murder case.

According to SHO Tripuri Rajesh Kumar, Surjit Kaur of Patiala and Puneet Garg of Sangrur allegedly murdered Harbhajan Kaur an NRI who was living alone in Patiala.The deceased had gone missing on January 27. A few days later, her body was found with her throat slit.