No Vandalism At ‘Shri Bhagavad Gita Park’ In Brampton 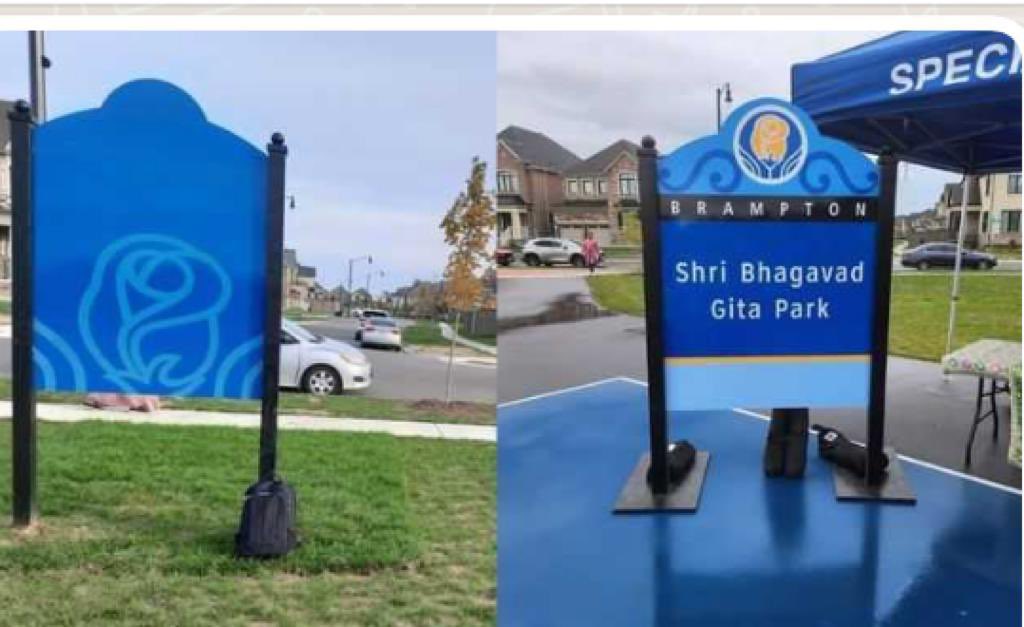 After India condemned the vandalisation of a park sign at a park in Canada named after the Bhagavad Gita, the Canadian police denied it, saying “there was no evidence of vandalism to the permanent sign or any park structure”.

– Shri Bhagavad Gita Park, #Brampton
– Permanent sign is still waiting for the lettering to be applied
– There was no evidence of vandalism to the permanent sign or any park structure
– It was a temporary park sign used in the park naming ceremony
– PR22035311

We condemn the hate crime at the Shri Bhagvad Gita Park in Brampton. We urge Canadian authorities & @PeelPolice to investigate and take prompt action on the perpetrators @MEAIndia @cgivancouver @IndiainToronto pic.twitter.com/mIn4LAZA55