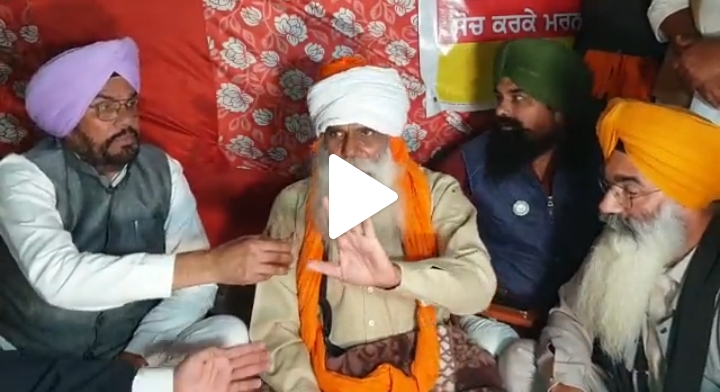 Veteran farmer leader Jagjit Singh Dallewal ended his six-day hunger strike on Thursday after assurance from the Punjab government that their demands will be met.

Punjab agriculture minister Kuldeep Dhaliwal met Dallewal at Tehna village in Faridkot where the latter was protesting and offered him a glass of juice to break his fast. Dhaliwal also apologised for chief minister Mann’s recent remark that “protesting had become a ‘riwaj’ with farmer unions”. The minister said the CM’s statement was never aimed at any section of the farmers’ union. He also gave assurance that demands of farmers will be met