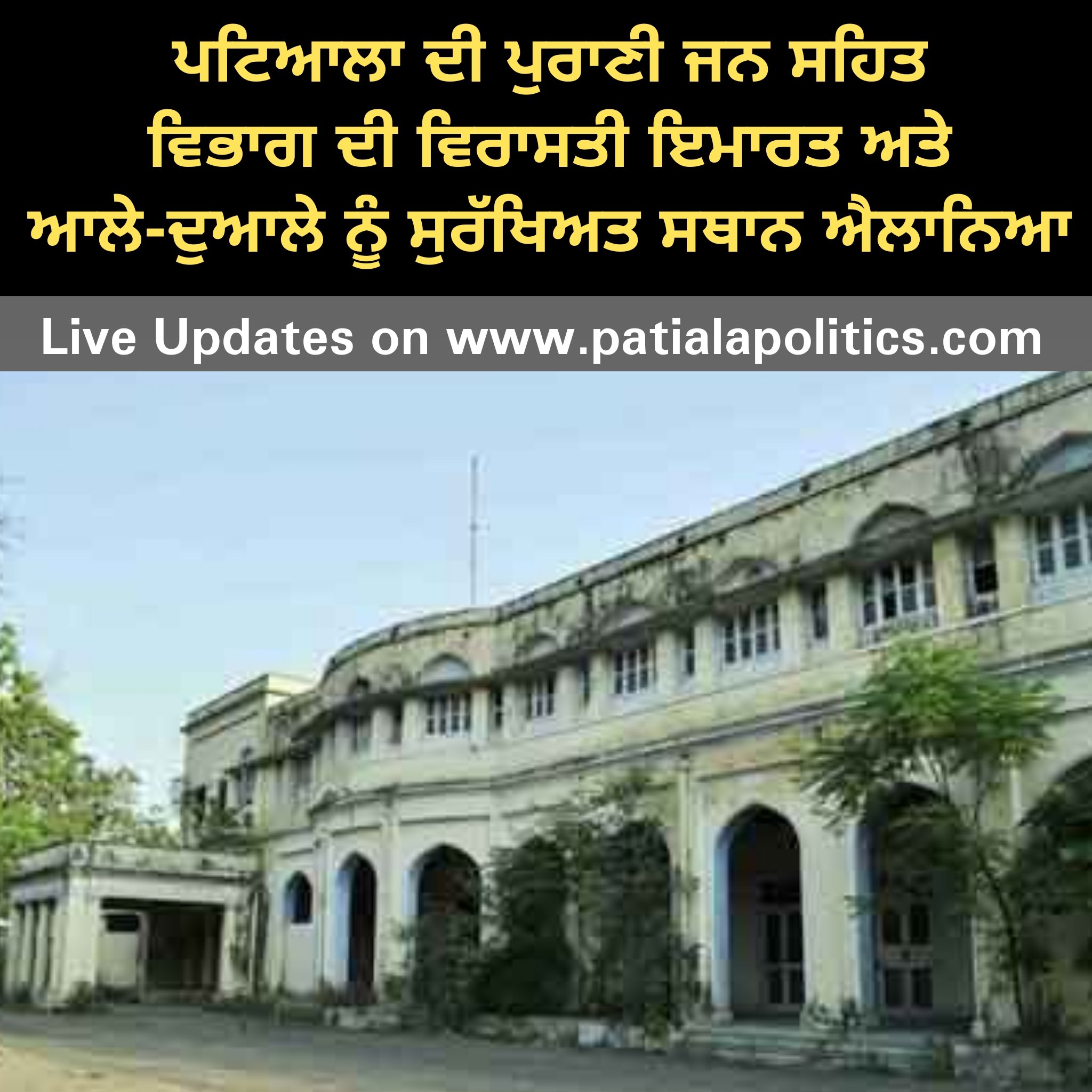 In keeping with his firm commitment to preserve the immensely rich historical and cultural heritage of Punjab, the Tourism and Cultural Affairs Minister, Punjab, Mr. Navjot Singh Sidhu today took a very important decision of declaring Old Public Health Building in Patiala and area surrounding there in measuring 41 Bighe 12 Biswe as protected monument under section 4 of the Punjab Ancient and Historical Monuments and Archaeological Sites and Remains Act, 1964 (Punjab Act 20 of 1964).
Divulging more, the minister divulged that some local residents met him and complained about the proposal to construct showrooms outside the wall of the monument facing the main road which could have posed a grave danger to the monument. The minister further stated that the said proposal was scuttled by him as he has lived in the area.
Disclosing this here today, the minister said that earlier, the government had issued a preliminary notification and now the same has been ordered to be the final notification without any alteration in the earlier preliminary notification. The Minister has also assured that the restoration of the building would be started at the earliest and have also ordered to preserve the diverse flora and fauna there in.
Mr. Sidhu reiterated that no heritage building would be destroyed for the commercial purposes and preserving National heritage for generations is an article of faith for him. He also said that the structures like these are the symbols of a glorious era gone by and have the full potential to serve as the perfect tool to connect the present generation with their immensely splendid past.