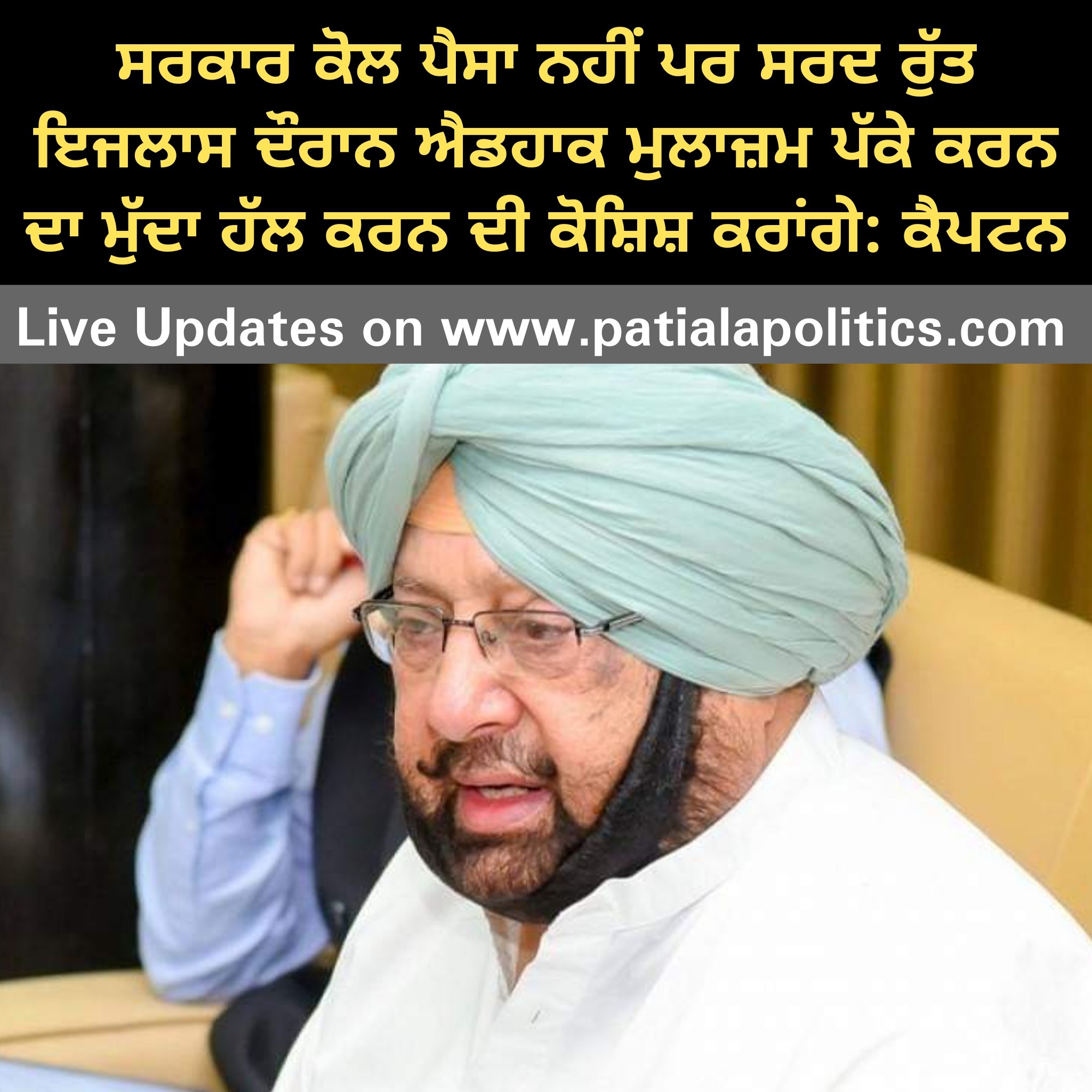 Amarinder Singh on Monday said his government was trying its best to address the problems of the agitating teachers and other Adhoc employees and would try to bring a solution in the winter session of the Vidhan Sabha.

Though his government had no money to pay them, it was looking into the issues raised by the teachers and making its best efforts to resolve the same, the Chief Minister told a press conference here.

There are about 40,000 employees, including teachers, who have to be regularized, he observed, adding that the Education Department had negotiated with the teachers and given them the option to either continue on contractual basis or join at basic pay of Rs 15,000 and work for three years before being regularised.

They have the option to either continue working on ad-hoc basis for the time being, in view of the financial crunch faced by the state government, or join at basic pay, said the Chief Minister.

Captain Amarinder said while he had his full sympathies for the teachers, his hands were tied on account of the fiscal crisis inherited by his government from the erstwhile SAD-BJP government.