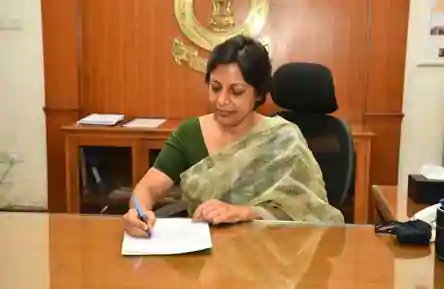 In a major recruitment drive, one of the biggest under the present regime, the Punjab Government has initiated the process to hire 1,318 engineers in various government departments under the Chief Minister Capt Amarinder Singh’s flagship, “Ghar Ghar Rozgar and Karobar Mission”.

This will give employment opportunities to the unemployed engineering graduates who were waiting for the government jobs since 2016 when the state government had last recruited 216 engineers.

Announcing this, here on Wednesday, the Chief Secretary, Ms Vini Mahajan, disclosed that the requisition for engineering posts in various government departments has been sent to the Punjab Public Service Commission (PPSC), which has already started the recruitment drive for these posts and advertisement has been issued to invite applications for these posts.

She asserted that the selection for these posts would be done purely on merit basis.

This major recruitment drive was taking place after a gap of five years to hire such a large number of engineering graduates by the state government.

The Chief Secretary informed that this year, the Punjab Government would fill 1 lakh government vacancies in various departments.

It is worth mentioning here that the Capt Amarinder Singh-led Punjab Government has established state-of-the-art District Bureaus of Employment and Enterprises (DBEEs) in all the districts as one-stop platform for the unemployed youth seeking employment assistance under the Punjab Ghar Ghar Rozgar and Karobar Mission (PGRKAM), which has been established with the main objective to prepare and facilitate/ assist the unemployed youth in getting suitable livelihood opportunities.

All the employment generation initiatives undertaken by the present regime have resulted in providing employment facilitation to 16.29 lakh unemployed youths during the last 4 years, including wage and self-employment.