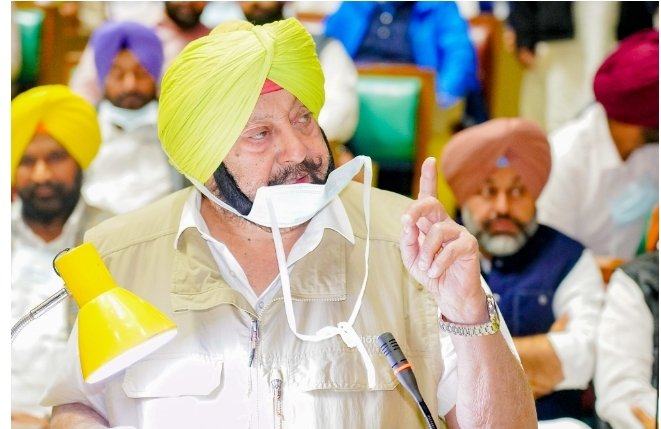 Timings of Night Curfew in 7 districts changed in Punjab from 9pm to 5am in view of Covid19 surge. More important decisions to be taken by CM Punjab in coming days.

WARNS OF TOUGHER MEASURES, WITH MORE CURBS, IN NEXT FEW DAYS TO TACKLE `DANGEROUS’ COVID SITUATION

Night curfew will now be in place from 9 p.m. to 5 a.m, instead of 11 p.m to 5 am, in the districts of Ludhiana, Jalandhar, Patiala, Mohali, Amritsar, Gurdaspur, Hoshiarpur, Kapurthala and Ropar. All these districts are reporting more than 100 cases daily. The announcement came as Punjab’s daily cases shot up to 2039 cases with 35 deaths on Wednesday.

Addressing a press conference to mark the completion of four years of his government, the Chief Minister said the Covid situation in the state was critical and he was going to be tough.
Several stringent measures, including restrictions on gatherings, will be announced after discussions with the state government’s expert Covid team over the next couple of days, he said. Whether these will include restrictions on political gatherings was also something that will be decided as per the medical expert team’s advice, he added.

“I won’t be easy on the people.” People may not like it, but it’s my duty, he said, adding that he hoped the daily case load won’t cross 3000, as projected by some experts. He also expressed the hope that all Punjabis will cooperate and adhere to the restrictions. “For God’s sake, save the lives of Punjabis,” he urged citizens.

With 283 Covid patients in high-dependency units (on Oxygen) and another 27 on ventilators, the situation is dangerous, said Captain Amarinder, urging people to go to the doctor and get themselves tested even if they feel slightly unwell. The problem was people were going to hospitals too late, he said. He appealed to all citizens to wear masks and maintain social distance, warning that penalties may also be enhanced if required.

While his government was taking all possible measures to check the spread of the virus, the Chief Minister hoped the Centre would accept his suggestion (submitted at the Prime Minister’s meeting yesterday) on opening up the vaccination to younger people in the worst hit areas and also to all those in public dealing.

To a question on Himachal Pradesh CM’s statement seeking curbs on people coming in from Punjab for pilgrimage and religious purposes, Captain Amarinder said he was not in favour of restricting religious movement. But the Covid problem needs to be controlled, and an appropriate decision will be taken when he gets a formal letter from the chief minister of the neighbouring state on this issue.

Meanwhile, Captain Amarinder Singh disclosed that he had called up SAD president Sukhbir Singh Badal, who has tested positive for Covid and was then in Fortis Mohali, to offer any help in his treatment. Sukhbir was subsequently shifted to Medanta Hospital, Gurgaon. The Chief Minister hoped Sukhbir would recover soon, as would several of his own cabinet colleagues, party MLAs and officials.