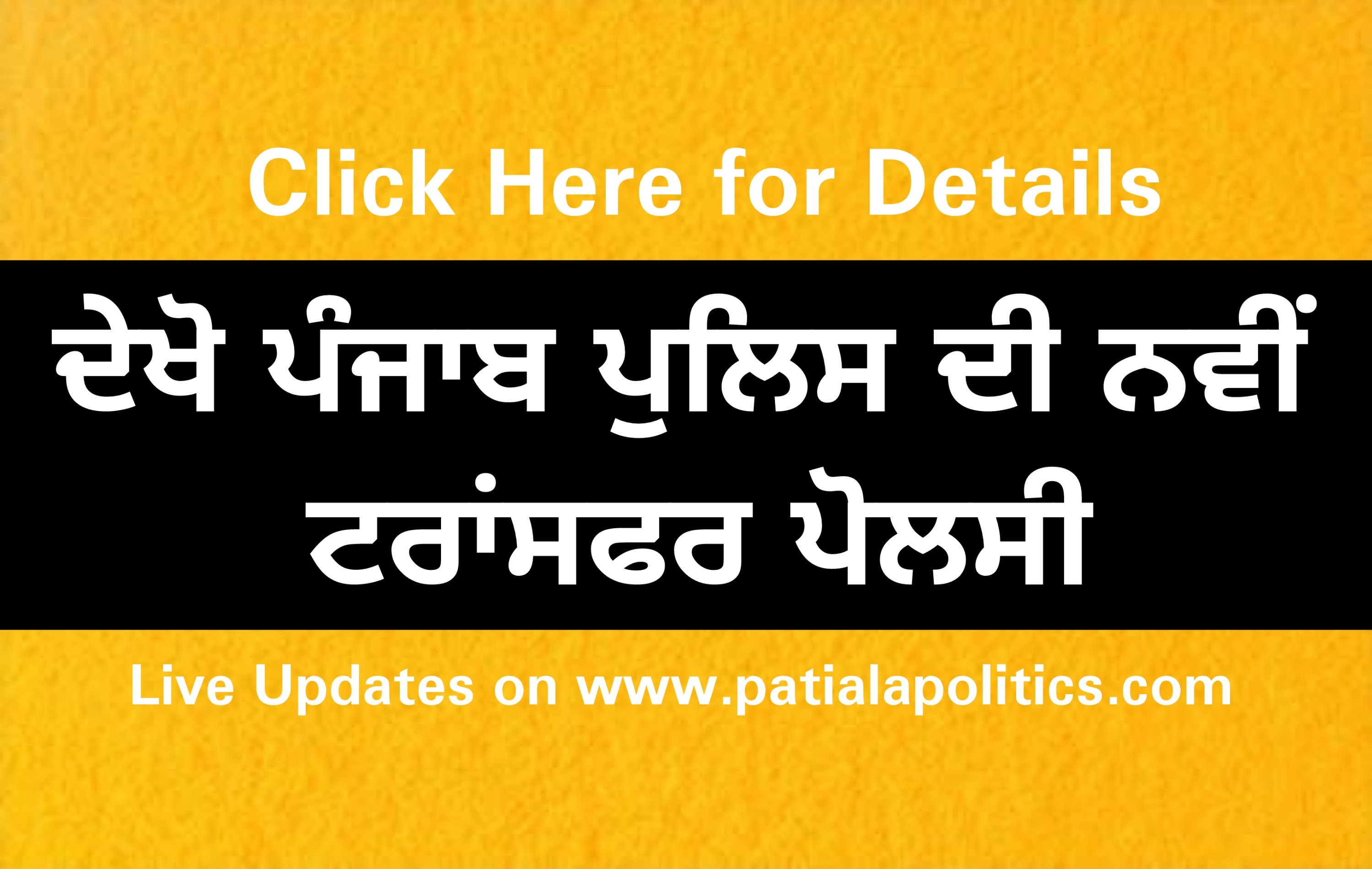 On directives by Chief Minister Captain Amarinder Singh to break the alleged nexus that reportedly exists among lower rank officials, and bring transparency in their functioning, the Punjab Police have decided to cap the tenure of an SHO and a Munshi at a police station to a maximum of three years, and that of Constables & Head Constables to five years.

It has also been decided, under a new transfer policy, that no SHO incharge of a police station shall be posted in his home Sub Division, according to a police spokesperson. The spokesperson said the Chief Minister had taken serious note of complaints of nexus between criminals and lower rung of police officers, and had ordered DGP Suresh Arora to come out with the new policy to curtail long tenures in plum field postings.

The new transfer policy also provides that no Upper or Lower Subordinate shall remain posted in the same district after registration of a criminal case against him/her in the district. The Range IG/DIG shall immediately post him to anther district in the Range.

As per the new policy, the tenure of a MHC/AMHC (Munshi/Additional Munshi) of a police station shall be three years, after which they shall be transferred to another post. The total period spent shall be counted, excluding breaks (if any). The tenure of incharge CIA and incharges of Special Staffs shall ordinarily be one year, which can be extended to a maximum of three years by the concerned CP/SSP.

Further, the tenure of Upper Subordinates posted in a police station shall ordinarily be three years, which may be extended up to five years by the concerned SSP/CP [Punjab Police Rules 14.15 (3)]. The normal tenure of posting for Lower Subordinates (Constables and Head Constables) in a police station shall be three years (Punjab Police Rules 14.16).

The necessary changes in compliance with the new policy are required to be completed by July 25, 2018.

In exceptional cases, the DGP will have the powers to grant exemption from the above policy, on written requests from concerned CPs/SSPs, said the spokesperson.