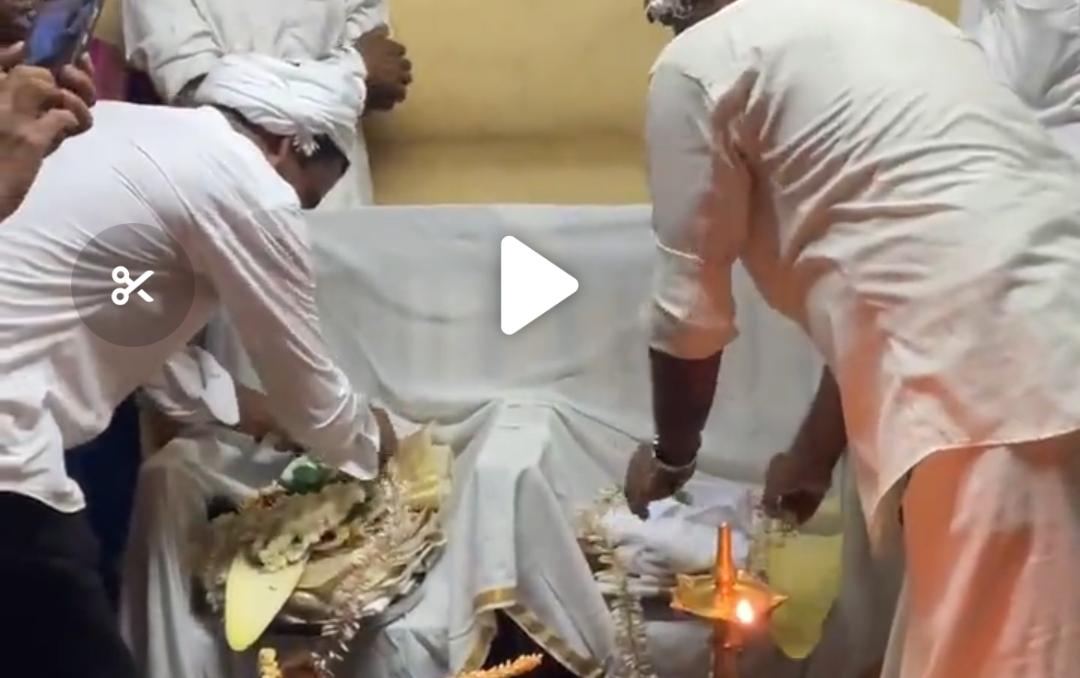 In a tradition from the depths of Dakshina Kannada district in Karnataka, two infants were posthumously united in marriage on Thursday as their parents hoped for a happily ever after for their spirits.
Youtuber Anny Arun took to Twitter to share the union between Chandappa and Shobha, 30 years after their deaths.

I'm attending a marriage today. You might ask why it deserve a tweet. Well groom is dead actually. And bride is dead too. Like about 30 years ago.

And their marriage is today. For those who are not accustomed to traditions of Dakshina Kannada this might sound funny. But (contd)