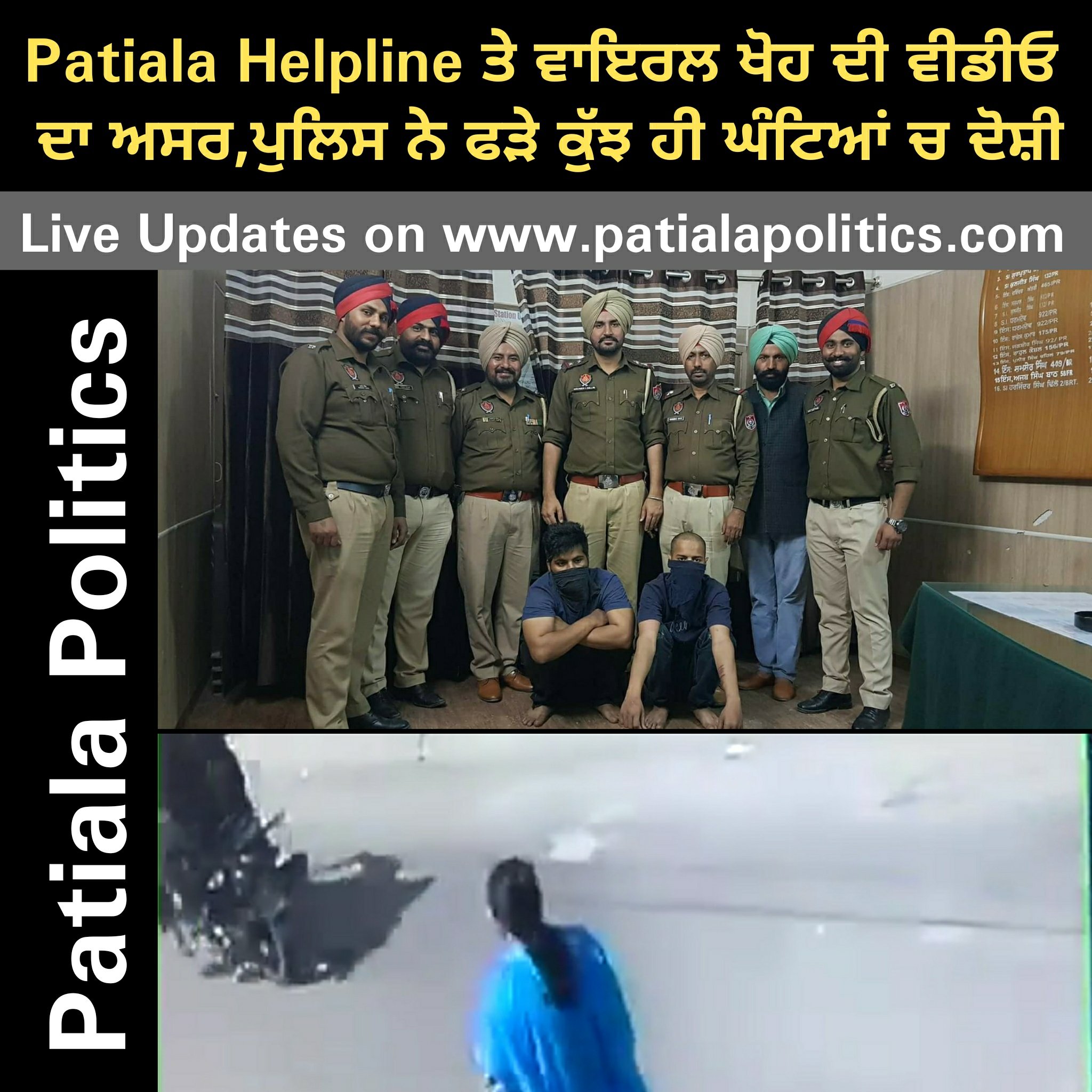 After the video goes viral on the Facebook group of Patiala Helpline,the police arrested the snatchers within hour of crime.

Mobile snatching video of SST Nagar was uploaded by one of the Patiala citizen goes viral throughout Patiala,in the video two men on bike snatched the mobile from a lady on International Women’s Day near Guru Harkrishan Public School,SST Nagar Patiala.

‘After watching the video of snatching,we took it as challenge and arrested the culprits within hours says SHO Urban Estate Patiala Harjinder Dhillon’.