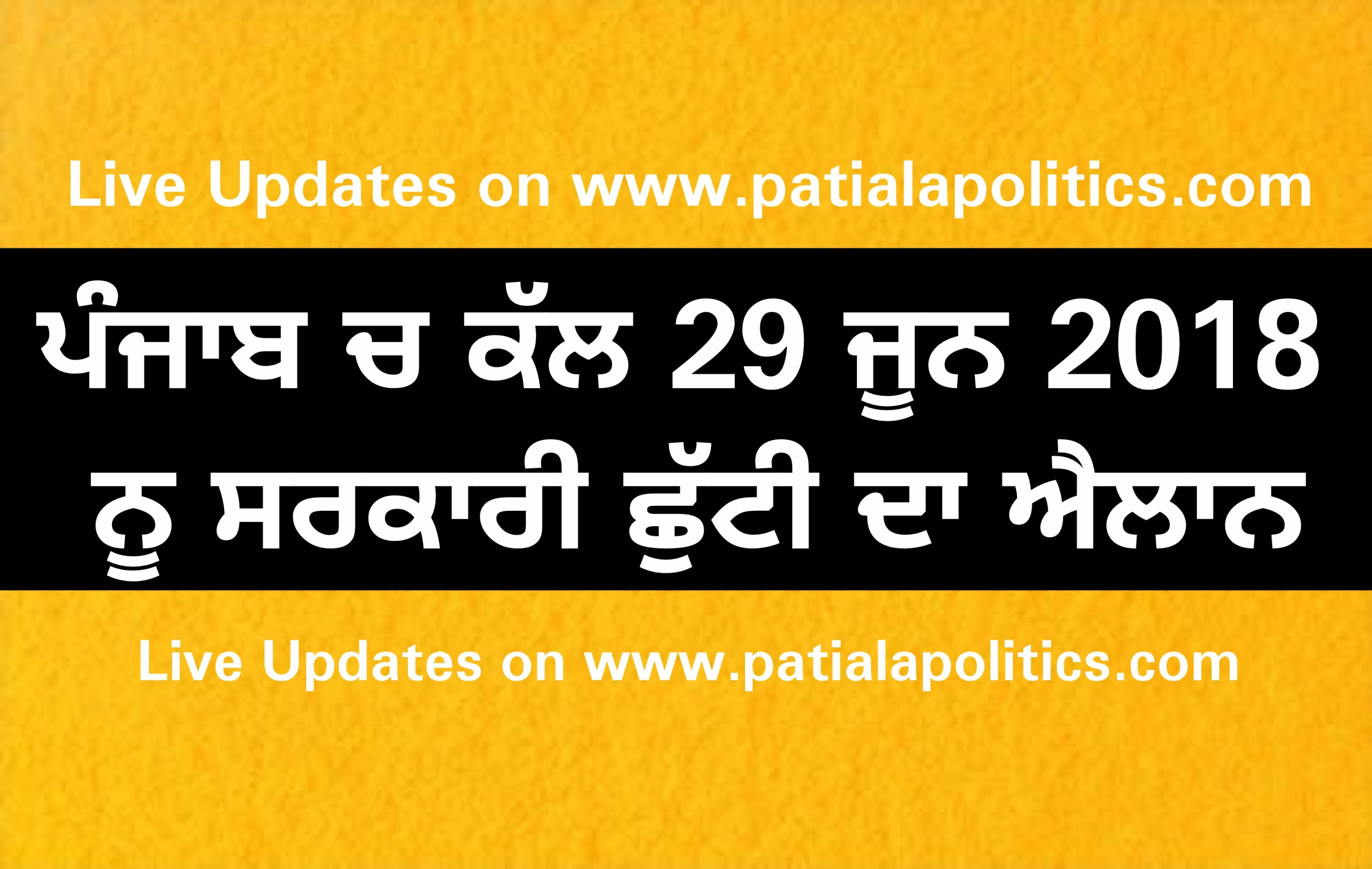 DECLARES HOLIDAY IN STATE GOVT. OFFICES ON FRIDAY AS MARK OF RESPECT

Chandigarh, June 28:
Punjab Chief Minister Captain Amarinder Singh on Thursday mourned the demise of former Finance Minister Surinder Singla (75), describing it as a personal loss and a loss for the Congress party.

The Chief Minister has declared Friday a holiday in all state government offices as a mark of respect for the departed soul.

Captain Amarinder said he would miss Singla, who made outstanding contribution to the stabilisation of the state’s economy as Finance Minister in his previous stint as Chief Minister. He also recalled Singla’s development works for his constituency Bathinda, and added that the able administrator and economist had left a void in the Congress and in hearts of the people he served.

The Chief Minister extended his heartfelt sympathies for the bereaved family of Singla, whose cremation would be held tomorrow (Friday) at 11.00 am at Lodhi Road Crematorium in New Delhi, where he breathed his last at the All India Institute of Medical Sciences, New Delhi, after a prolonged illness. Singla is survived by his wife, a son and a daughter.

Meanwhile, the Resident Commissioner, Punjab Bhawan, New Delhi Rakhee Gupta laid a wreath on the body of Surinder Singla on behalf of the Punjab Government.