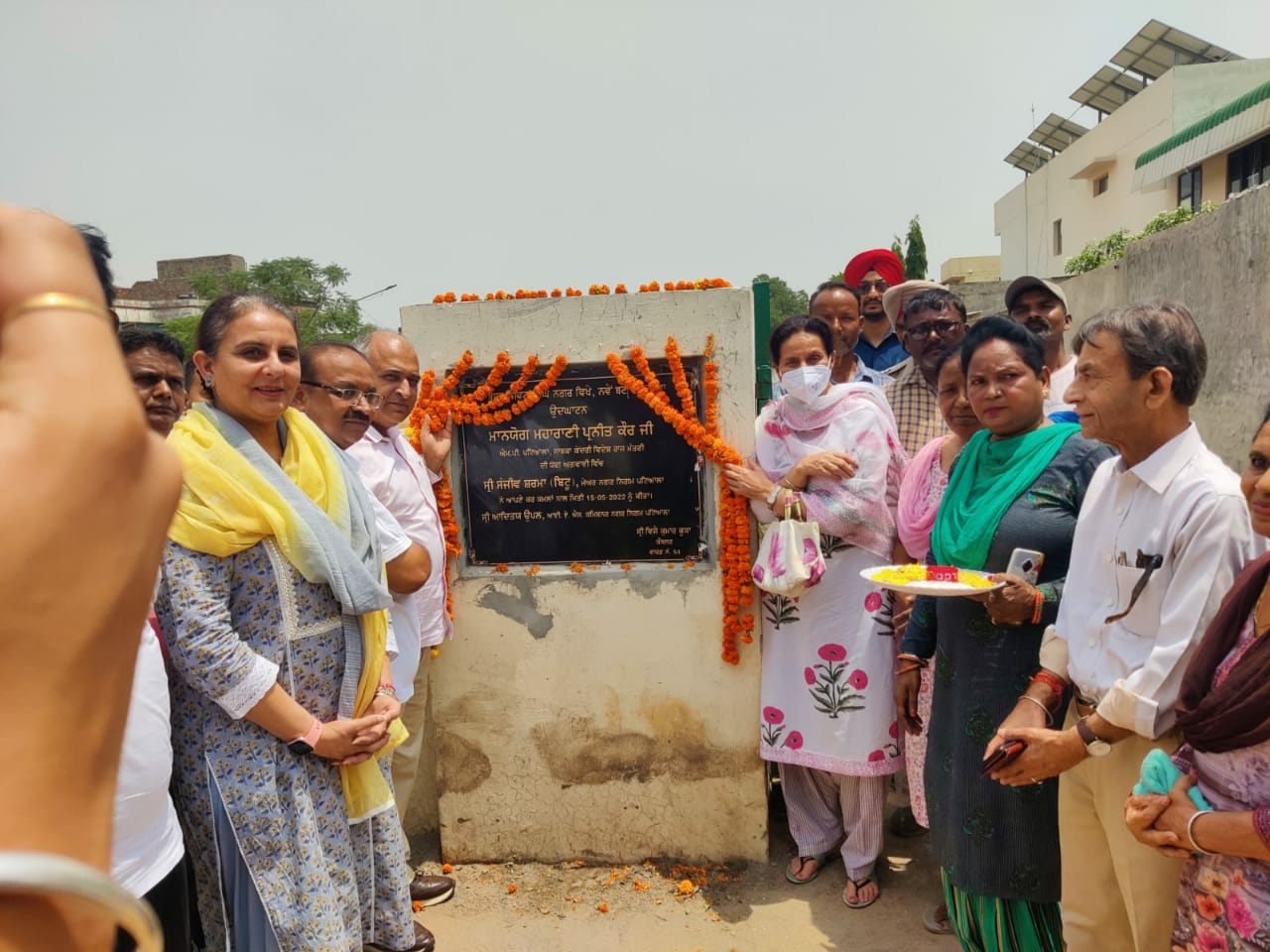 Dedicates the newly completed Park and Dharmshala both at a cost of Rs. 1 Crore each to the people of area

Preneet Kaur informed that the work on Valmiki Dharmshala was started during Captain Amarinder Singh’s tenure and the Dharmshala has been built at an area of 1200 yards at a total cost of Rs 1 crore.

Addressing the public after inaugurating the park and Dharmshala the Patiala MP said, “This Dharmshala was a big demand of you all and I am happy that we have been able to fulfill it. While the work was started during the Captain Amarinder Singh government it has been finally completed now after running into many obstacles. But nevertheless this Dharmshala will prove to be a good place for you all to get together and do host social functions like Marriages as the hall has the capacity of 500 people.”

Furthermore she said that, “It is a moment of double joy for us all as we are also inaugurating the adjoining new park built at a sprawling area of 7000 yards at the cost of Rs. 1 crore. It is my pleasure to dedicate this new park and dharmshala to you all.”

Thanking Preneet Kaur for personally taking the initiative to meet the demands of the people of the area, the local MC Vijay Kuka said, “We are very thankful to MP Preneet Kaur ji and Beeba Jai Inder Kaur ji because it only due to their efforts that this present has been given to the people of the area. Both Preneet Kaur ji and Jai Inder Kaur ji worked hard for the development of Patiala and brought in abundance of funds during the tenure of Captain Amarinder Singh.”