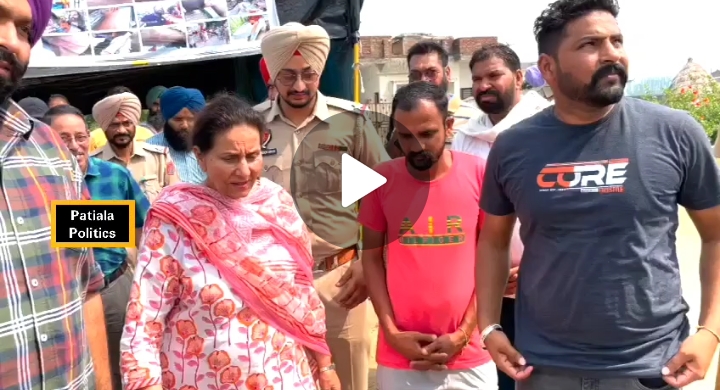 The protesting youngsters have been sitting on a hunger strike from last 11 days against the Bhagwant Mann led Punjab government. Preneet Kaur also talked with Rakesh, one of the protesters who has climbed on top of an electricity tower and has been living there facing bad weather conditions.

Talking to the media after meeting the protesters Preneet Kaur informed, “The unemployed Assistant Linemen Union is protesting that the posts for the recruitment of the Assistant Linemen in PSPCL should be raised from 1690 to 3000 as well as to enhance the maximum age of the recruitment as most of the candidates have become overage. They are also demanding to do away with the new condition of passing the qualifying exam and to do the recruitment purely on the merit basis.”

The protesting youngsters informed the Member Parliament that most of them were earlier recruited by the government and even worked for 1-2 months, before they were let go and are now told to give a written exam.

MP Preneet Kaur said that, “It is saddening to see these protesters living in such poor conditions while facing raging weather and nobody is listening to their genuine demands. I have assured them that I will take their demands to the CM Bhagwant Mann and Minister of Power Harbhajan Singh ETO. I urge the Punjab government to fulfill its pre-poll promises and instead of taking away their employment, provide them with real gainful employment.”